The calming hot press of contentment that makes its way up my spine,
Keeping me still in oneness

Where ever did the hum and the din come from before?
How quiet that noise springs to nothing
It moves me no more
than a falling yellow leaf gone to ground

(I felt this poem needed some explanation. In February of last year I felt emotionally numb after some medical treatment. I wrote this to deal with what was a foreign feeling to me. I miss it. It was like a drug I occasionally long for. Thank you for reading.)

There are a few who over the past year or so
Have heard
I’m over him
I’m finally free of his memory
Of the heartbreak
A cycle of acceptance because
I come back here again.
What have I not learned?

I take pleasure in the little memories
I have of him
Some had to be replaced with
Daydreams
Us laughing on a date we haven’t been on yet
The hope, minuscule that he’ll
Be back.
There will be closure
Trying to validate
Not being able to forget
My love for him.

Locked away inside a cozy room
Made of plush walls
And comfy blankets
My heart whispers ‘come back’
And save me from my loneliness
Walk softly
Carefully step over the gaping
Wounds of hope that litter the path
(To me?)
Listen closely for clues to where I hid the key
Under piles of debris of attempts to break down walls
Work half abandoned for the
Comfort zones of softness
The security of isolation
The peace of silent screams
Do not knock
Just unlock the door
And whisper sweetly
To my introverted heart.

Good morning beautiful. For so long I did not know that you existed. I send you kisses, lots and lots of kisses all over. I give you warm booby hugs to make you feel good and warm inside. Oh pretty thing! How long have I waited to embrace thee, and to converse with thee and to hold thee close. To whisper secrets to thee that I know will never reach the ears of another. My bosom buddy from the day of my birth, I thought that I had lost thee among the murk and the noise but Alas! here you are, staring back at me with sparkling eyes, mischievous smile, rosy high cheeks calling me with mirth. Sweet one, I no longer ache in love, but revel in its sweet joy. Where I thought before had been emptiness, is now filled to overflowing and its a wonderful and pleasurable feeling. Sweet nectar of my breath though my nostrils, sweet deep love for Me, for Self, for Thee. 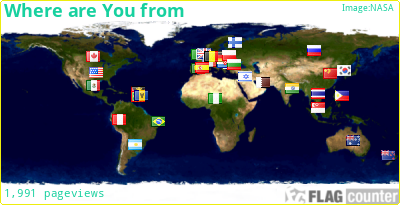